A few years ago, a movie was released called Sense and Sensibility – about a couple of dippy 18th century sisters facing financial ruin.  The tale of them and their suitors was a popular book by Emily Bronte and was considered to be quite ‘out there’ when first published.

Sexual appropriation has become far more common since the 1800s, but there a handful of idiosincrasies with variying impacts that the  sexually enlighted still deal with today. It seems that the general response towards conversations revolving around  sex or sexuality are met with a similar discourse regardless of whether the conversation being had is about kissing or more explicit sexual conduct.

Many well meaning parents and activists, have deemed that only the negative side of the conversation is noteworthy, making it harder to weigh in with any form of positive and healthy response. So must we fight against everything sexually related with all our might?

Some recent examples I’ve come across:

The idea of boys in changing rooms being exposed to other older boys or (horror) naked men, while taking a shower after a swim might terribly offend the senses of mothers of said boys.  An article posted in Mama Mia this week spoke of women being worried that boys and men are far less concerned about their nakedness than women are purported to be.   Women after all, are less likely to walk bravely naked from the locker to the shower with only a towel casually cast over a shoulder.   So therefore girls would not be exposed to swinging naked breasts or bushy pubic hair, wheras boys might certainly get to see a semi erect penis in such an environment.  I wonder what this kind of thinking does to boys whose mother’s deem their natural bits to be far too terrible to show outside of their pyjamas or jockeys anywhere, ever.

As a mother of sons myself, I can recall a couple of occassions when my sons emerged from a changing room facility at the local pools with questions about what they may have seen.   Mostly the questions were along the lines of “how old do you have to be to start getting hair there?”  What a great opportunity for a mum to deliver a simple teaching line or two, which is exactliy what I did.
It takes only moments to provide a simple question with a simple answer. Unfortunately there are children and young adults who are kept in the dark by well meaning parents who are too afraid or perhaps just incapable of communicating the truth effectively.

In a hillarious case of irony, restaurants, cafes and other hospitality businesses focusing on ‘feeding the masses’ have attempted to ban, or shame breastfeeding in public,because OMG it’s just vaguely possible that someone might happen to see a nipple, for the minutest of seconds as a mother covers up or moves the baby to the other side.  Should we be exposed to this kind of shocking behaviour, after all, that’s about a pornographic as it’s possible to get in public.

Parents complaining to a Sydney Shopping Centre’s management about sexy models being featured in the window of a high class lingerie store in case their small sons get tiny erections because they might after all, wonder about the nipple areas on some of the manequins.  Yes, it actually was  a big story in the Sydney Morning Herald last November… and it was fathers as well as mother’s urging a petition for change.

Last week Meghan Markle was spotted having a very tiny ‘wardrobe malfunction’ and showed a tiny bit of black bra lace and social media went all a-twitter over it.  Oh Puhleezze!! Years before Meghan became royalty she was regularly featured wearing sexy lingerie as an actress in Suits.

Let’s get real for a moment can we?  Women have boobs, men have willies.   And for the MOST part, we’re all pretty well behaved with our respective bits and peices of wobbly dangly bits in public.  I’ve seen more offensive sights in the form or tradey-butt-cracks by large squatting plumbers than anything offensive on a lingerie store window, ever.  Mother’s should not have to squat in the public bathrooms ever to feed a hungry baby, and people get naked in changing rooms at the pool – end of story.

I’m certainly not in any way trying to detract from the issues that surround ‘bad sex and sexuality’.   The conversation’s not perfect yet, but that’s because no one’s really having it. It’s all well and good to attack the largest issues first, because yes it will affect a change in behaviour and the smaller conversations may not need to be had after all!   But what if we tried doing things in reverse? What if we were able to bang out (pun intended) the smaller conversations with such ease and simplicity that the bigger contensions become just as easy to manage?

No conversation worth having is ever going to be easy to start. The majority of us are so confrontationally adverse that we’d rather not risk having it at all. But we’ve all been having conversations in some way, shape or form since the moment we could talk. We just have to take it one word at a time and remember that there is beauty in touch and a need for humans to physically bond too.

So let’s put some sense back into sensual. 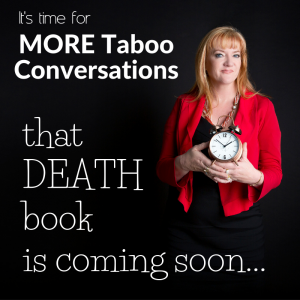 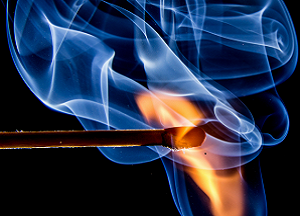