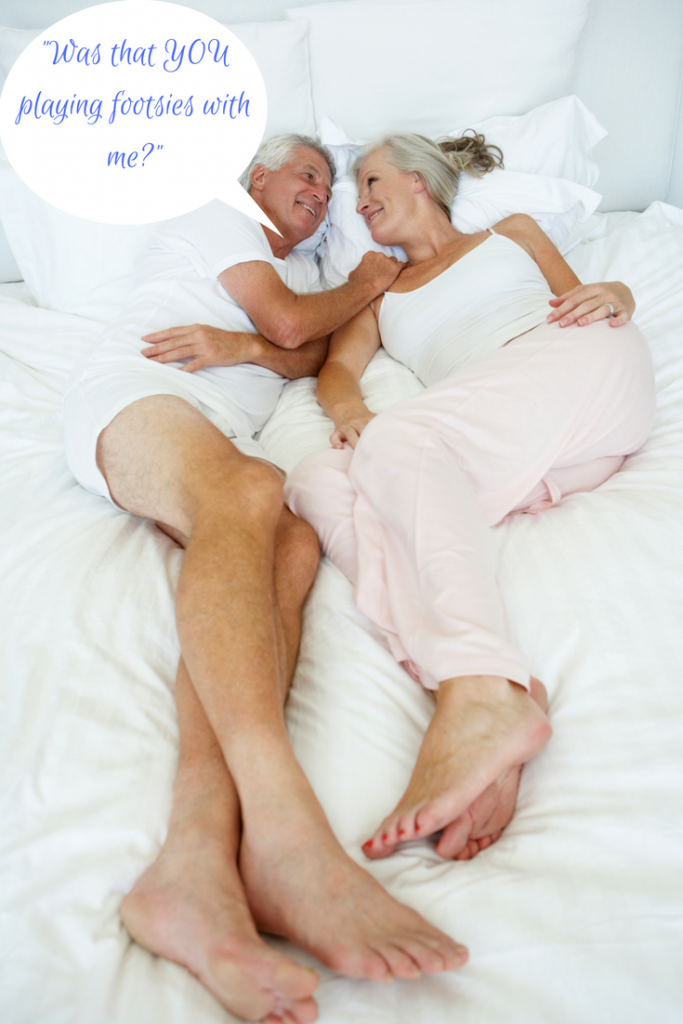 I LOVED this movie… the characters were fun, writing was well thought out, acting good with a stellar cast, and the story line was thought provoking.   Yes I know many people will say it was lame, a cheesy chick flick, and yes for the most part, they may be right. But for me, I loved that it dealt with some of the issues we all have around the Third Act (after 50) and how we feel about sex, sensuality, and love in our Third Act years. Including how sexuality is challenged within a long standing marriage, and when it’s right to move on after the death of a spouse.

Does love matter when you get older?

Hell Yeah it does!

And that is one of the things that I think this movie does really well – highights the fact that love is ageless, and so is sexual desire.  And it’s not just men who fell into ‘typical male’ roles in the movie either.   The women were featured as being typical ‘people’ not just stereotypes of men or women at any age.  The couple who were married for 45 years and after retirement sufferng a major set back in the libido – for him – were a big part of the story, because there were conversations about how exactly the wife might go about re-igniting their sex life when he was far more interested in getting his old motorbike ready to ride again.

Jane Fonda’s character could have just as easily been a man, who had become corporately successful at the cost of love and marriage, children and any kind of domestic life.  Instead, choosing career over all else, but finally being pursued by a very old, long lost boyfriend who helped her to see another side of life.

One of my favourite characters was played by Diane Keaton, and depicted a woman who’s husband had recently died, and was being treated like a ‘little old lady’ by her daughters all the while being seduced by a very handsome pilot.   She was certainly not ready to retire to the daughter’s converted basement, and yet had to deal with the issues around having been supposedly happily married for decades and only recently widowed.    This is an issue for anyone faced with the age old question of ‘how soon is too soon to move on’, and is especially difficult when Mr or Mrs Perfect Match seems to magically appear in one’s life at the totally ‘wrong’ time.   There really never is a ‘right time’ for that to happen… and this reminds me of the saying ‘Man Plans, God Laughs!’

When there is a chance of happiness in your life, and Sex is important to you as you grow older, why not grab that chance with both hands and shake the ‘sh*t’ out of it.    Life is simply too darned short to do anything else.

It seems that the movie world is slowly waking up to the fact that romance is a big part of growing older these days.  We want love, romance, happy ever after dreams, and that includes good sex, just as much as Meryl and Pierce did in Mama Mia, and Cher and Antonio did in Mama Mia 2.   Jane Fonda is a brilliant actress, and also a powerful advocate for life and all the joy it can bring in our mid-older years.   Finally Hollywood is waking up to this too.

If you want to know more about  #HorizontalHappiness, or #ThatSexBook, then flip on over to the Facebook page

If yoyu would like to grab some advance chapters of That Sex Book and find out how couples and singles are navigating the bedroom after turning 50, then grab a copy here:   www.tinyurl.com/SampleChaptersThatSexBook