Inspiring Change In Your World

While reviewing a lot of Facebook posts lately, I have been interested in noting that the world is definitely changing. From one where people are fairly relaxed about important things in life, to where opinions are rife, videos common to portray things that are either just not right, or totally adorable.  Rappers are making their music mean more, poets are finding a firmer platform to share from, and entertainers are still just as popular as ever.  But – I noticed that even that has changed lately.   Did you see last week that  Rock Star PINK has weighed in on the body image debate for young women by criticizing Kim Kardashian’s attitude towards her own sexuality. And just about everyone from the First Lady of the USA to the woman I saw in the local cafe yesterday is making noise about breast feeding (vs pornography) in public. There’s even a whole lot of mud (yes I’m watching my language) slinging about Donald Trump, the Republicans vs the Democrats, and people’s rights and responsibilities about voting in elections.

Yes the world is changing.

How much are you being part of the change you want to see in your corner of the world?

Regardless of how big or small your corner may be, if you have something to say about it, there has never been a better time to be heard.  BUT – how many voices do you have to rise above to be heard? 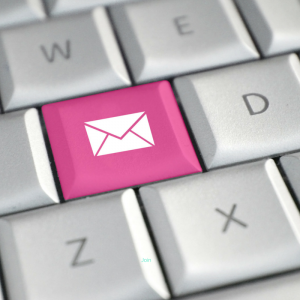 Twitter, You Tube, Face Book, Instagram…  the mainstayers of social media are increasingly popular – it’s never ending.  However, there is a flaw with this.   Facebook at least is continuing to update it’s algorithms and affect what you can actually put out into the public domain or even share with your friends without boosting (that means paying for) traction for your messages. Unless you are already someone ‘famous’ enough to feature on enough feeds for your viral-ability to rocket it can be a very hard climb to get to the top of someone’s news feed and create a stir about anything worth mentioning.  Twitter is now dominated by images without which your message is totally lost, and YouTube and Instagram posts are so crowded it’s almost too hard to get there and find what you’re looking for unless you know your way around really well and have the time to surf for a while.

I’ve managed to somehow not see or hear the news channels for nearly three weeks now – mostly by accident, although I don’t make a point of watching the news on a regular basis anyway as I prefer to not hear all the negative reports about shootings, accidents, muggings, and rampaging political agendas as a daily part of my diet.  However, while I used to say that I’d get any serious news on Facebook if I needed to made aware of it, even that is not true any more.  Instead of being made aware of the most devastating tropical storm ever recorded in the South Pacific last week (the one that has devastated Fiji) instead I’ve been inundated with Trump-isms and puppies.  How does that work exactly?

The more people you know, who also know you, and take an interest in your views, your fun-stuff, or your quips and quirks, the further your message will go.  I have a lovely friend who is out there doing a lot of great work towards raising self esteem among women. She posts fun videos, inspirational quotes – many of which are her own original ones – and long conversations with the universe that further balance out reviews of her life and what’s happening there every few days.  She works her social media resources to actively try and make a difference in the corner of her world she has claimed as her own to help change.   She gathers people together in rooms to hear her wisdom, and teaches them to laugh as themselves, and love themselves more every single day.

There are countless people out there doing exactly that.  Identifying a corner of their own world they want to improve, like a gardener finding a whole park that needs weeding a little and taking ownership of it, along side a few others in each plot of land, taking out the pesky and irritable weeds that bring humanity down and replacing them with flowers, vegetables and fruit to serve, nourish, and flourish with colour and positive new ideas and ways to live.

It’s a great time to find a mission, share your passion, and enthusiastically challenge the status quo over something.   So go on – get busy. Inspiring change in your world is far more invigorating than sitting around waiting for the six o’clock news every evening.

And be sure to share your stories as you go…